WHAT ARE KARST AND CAVES?

Karst is derived from the word Carso, which refers to a plateau area spanning along the Adriatic coast to the east of Trieste on the border of Italy and former Yugoslavia and covered with limestones that are particularly ideal for melting. Karstification is the erosion of soluble rocks as a result of a succession of physico-chemical processes, and karstic morphologies are the surface and subsurface forms that result from these processes. One of these karstic formations is caves, which are underground chambers with entrances to the surface that are wide and high enough for at least one person to crawl through. 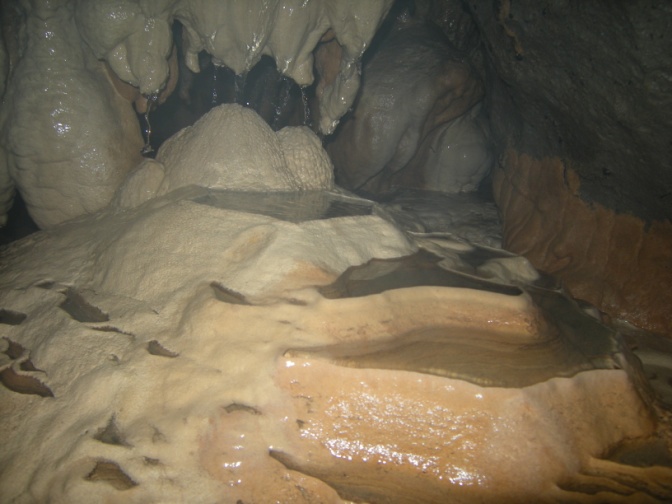 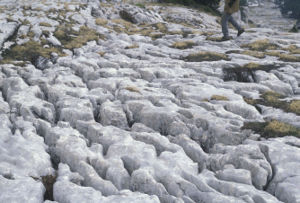 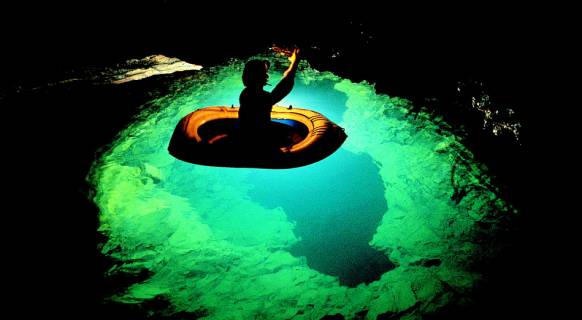 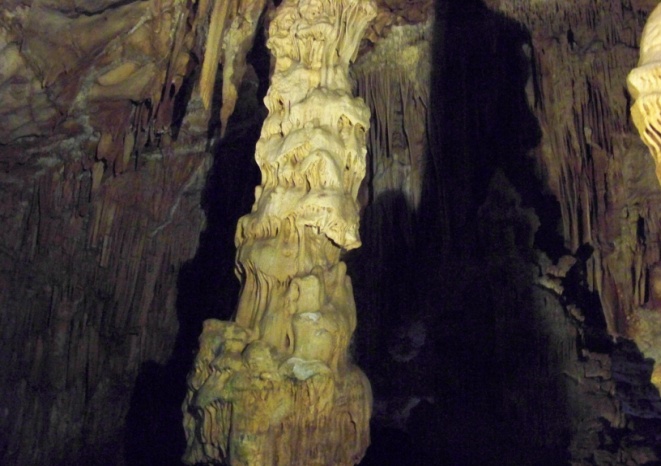 Caves might be a few meters long or hundreds of meters long, with hundreds of meters of depth or height. Caves are categorized into two categories based on their formation: Natural Caves and Artificial Caves. Artificial caves include rock tombs, underground towns carved out of volcanic tuffs or marls, rock dwellings, and temples. Natural caves are formed when ground waters erode carbonate (limestone, dolomtic limestone, dolomite, carbonate cemented conglomerate, and sandstone) bedrocks, sulfate (gypsum), and chloride (salt) bedrocks during or after physico-chemical events.

Carbon dioxide (CO2)-containing atmospheric fluids that fall on carbonate rocks convert to saturated carbonic acid (H2CO3) when they flow through soils and fissures in the rocks. Melting of these very solvent or acidic waters causes karst caverns to emerge. Caves can be horizontal, vertical, or semi-horizontal-semi-vertical depending on the altitude of the location, the placements of limestones and impermeable rocks that are not appropriate for melting, and the heights of streams, rivers, lakes, or sea level. Sinkhole caves with well-shaped entrances, where surface waters enter after precipitation, are most common in areas far above sea level. 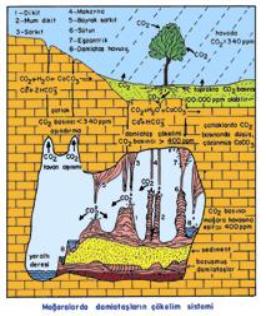 Limestone is the most significant rock in preparing the conditions for cave formation. The chemical composition of these rocks, together with their numerous fractured structures, has created an ideal habitat for cave formation. Under the influence of acidic waters, limestone, which is difficult to dissolve in water under normal atmospheric circumstances, melts significantly. The atmosphere, the respiration of living species in the soil and bedrock, and the degraded living wastes from CO2 produced by the oxidation of sulphides and plant decomposition all contribute to the dissolving qualities of these waters.

The caves' depths, which can reach hundreds of meters, make exploration very difficult and dangerous. Extremely long and horizontal caves, on the other hand, seemingly form around the level of the plain, lake, or river, or in limestones with impermeable units just beneath them. Although water enters these caves from the outside (swallowholes or sinkholes), they are primarily a spring formation. These caverns, which are made up of numerous interconnected floors, may be covered in lakes, dripstone pools, and various dripstones.

Allochthonous materials (material brought by rivers) from the re-deposition of carbonates in the cave based on dissolution mechanism and from the outside based on transport processes make up cave sediments.
The chemical composition of the bedrock on which the cave forms, the placements of the layers, the cracks or fractures, and the physical and chemical qualities of the groundwater all influence the shape, size, and color of the cave deposits.
According to the general features of the underground waters, the manner they enter the cave, the movements within the cave, and the physical-chemical structure of the rock producing the cave, the dripstones are categorized into five groups:
1- Dripstones formed by seeping and leaking (stalactites, stalagmites, columns, wall stalactites, breastplates, canopy etc.)
2- Unusual (erratic) forms (helictite or eccentric, cave shield etc.)
3- Those generated by water flowing freely on the surface (dripstone bridge, waterfall dripstones etc.)
4- Those that were produced underwater and at the same level as it (dropstone pool, cave pearl, cave milk etc.)
5- Ice Formations
The stalactites are the first shape generated by the waters when they enter the cave. When CO2 is released from the water pouring from the ceiling gaps or between the layers, a thin, hemispheric CO3 sediments around the drop. Water drips from the circular core's middle since it is empty. Every drop of water expands this core in a cylindrical manner. As a result, translucent forms in the form of hollow pasta sticks or tubes of identical diameter form over time everywhere. These shapes, which characterize the early stages of stalactite formation, are known as pasta shaped stalactites, and they can grow to be 5-10 mm in diameter and 1-3 meters long as long as the dripping does not change. 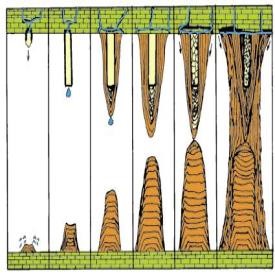 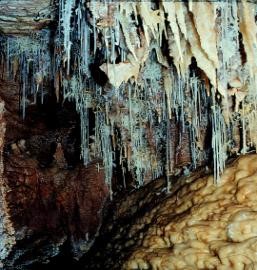 Water flows from the outside of the pasta, not from the inside, if the channel inside the pasta stalactites rising vertically is obstructed or there is a tiny shift in the water flow. As a result, elongation in the vertical and thickening in the lateral directions occur simultaneously. Depending on the continuity of the drop, the structure of the cracks, the position of the layers, the height of the cave ceiling, and the level of groundwater movement in the cave, the geometry of the stalactites, which have a carrot-like external appearance, may take the shape of a funnel, sphere, nodule, or cylinder. The growth layers' cross-sections, which normally develop parallel to the surface, are in the form of concentric rings on their outer surface.

Due to evaporation and CO2 loss, calcium bicarbonate fluids that form or do not form stalactites while dripping from the cave ceiling sediments around a core at the point where they fall to the bottom. Carbonate sedimentation generates stalagmites around the core at the drip point of the waters that spread by splashing as a result of dripping. The stalagmites are originally dome-shaped, but their upper parts are pits due to dripping, and their shape and size fluctuate depending on the flow pattern and amount of water pouring from the ceiling, as well as the CO3 concentration they contain. Stalagmites with about identical thicknesses on the bottom and upper regions are formed by continuous dropping waters. Stalagmites with a low thickness and a considerable height, on the other hand, occur in low-flow seepages. Differences in climatic conditions during their growth, as well as cave collapse and settlement, cause changes or deterioration in the morphology of the stalagmites. 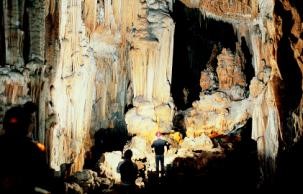 Stalagmites are larger than stalactites, but they do not have central tubes. While their centers are made up of horizontal layers, the edges are made up of vertical and thin leaves. They don't grow in a radial pattern like stalactites do.
When stalactites and stalagmites continue to grow, they eventually merge to form columns over a period of time.

The higher sections of the centers of the columns, which run from the cave's floor to its ceiling, are stalactites, while the bottom parts are stalagmites.
After merging, however, the entire surface is impacted by water pouring or dripping from the ceiling, and stalactite formation resumes. Columns, whose growth is aided by the constant displacements of dripping water, grow and merge over time, dividing the caves into halls or rooms. 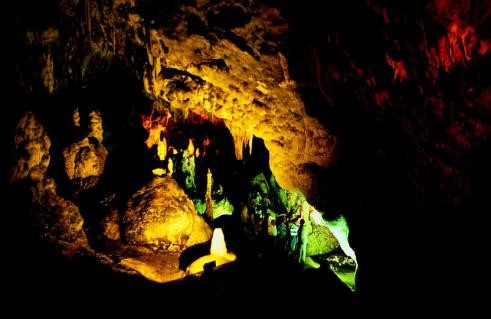 Wall dripstones are one of the most prevalent formations seen in caves. Drapery dripstones, flag dripstones, org and streamer are the formations made by the cave wall and the water dripping from the ceiling at the foot of the wall.

Unusual shapes refer to carbonate and sulphate deposits that develop on the cave's ceiling, wall, or floor in different orientations and shapes that defy gravity. Eccentric is the most common of these shapes (helictide). Tubular or pasta stalactites produced in different directions create the eccentrics formed in caves' low ceilings, tight recesses, or galleries, which are caused by wind movement (down, up, lateral).

Dripstone pools grow on the side walls and slightly above the water level at the bottom of turbulent ponds and underground streams with a clear flow in caves with a low slope. Stalactite pools, which usually occur in underground streams with low flow rates and in front of incessant leaky water inlets, can develop in the form of intertwined rings, as well as connecting the two opposite walls of the caves in the form of dams, despite the fact that they can develop in most caves with water. The pools, which are usually 0.2-5 m deep, rise (concave) towards the water's direction and can be closed in the shape of a dome.

INVENTORY OF TURKISH KARST AND CAVES

In terms of the width of karstic areas, our country ranks first among European countries, with 2/5 of the land covered in carbonate and sulphate rocks suited for karstification. There is little question that these large-surfaced rocks will develop rapidly in their natural caverns, which are produced by underground and surface fluids. Because not all of these caves have been researched, it is impossible to give an accurate figure for the number of caves in our country; nonetheless, based on karstic study, it is estimated that there are between 35,000 and 40,000 caverns in our country..

The cave studies conducted by the MTA Karst and Cave Research Unit since 1979 will be gathered in an inventory to bridge this gap. The results of our inventory work will be posted as soon as feasible on the MTA Portal.